An international team of astronomers, including scientists from Poland, has published the most sensitive images of the Universe ever taken at low radio frequencies, using the International Low Frequency Array (LOFAR). By observing the same regions of sky over and over again and combining the data to make a single very-long exposure image, the team has detected the faint radio glow of stars exploding as supernovae, in tens of thousands of galaxies out to the most distant parts of the Universe. A special issue of the scientific journal Astronomy & Astrophysics is dedicated to fourteen research papers describing these images and the first scientific results.

Until now, radio observations of the sky have largely focused on the brightest emission we can pick up - that from massive black holes at the center of our galaxies. However, the image produced at low radio frequencies by LOFAR observations is so deep that most of the objects visible on it are galaxies like our Milky Way, whose stars are just forming. The combination of the unprecedented sensitivity of this survey and its large area in the sky - about 300 times the size of the full moon - allows the detection of tens of thousands of galaxies like the Milky Way, far out into the distant Universe. The light from these galaxies has been travelling for billions of years to reach the Earth; this means that we see the galaxies as they were billions of years ago, back when they were forming most of their stars.

Moreover, star formation usually occurs in dust clouds that obscure our view in the range of visible waves. Meanwhile, radio waves pass through the dust, allowing us to get a complete picture of star formation in galaxies. The deep LOFAR images have led to a new relation between a galaxy’s radio emission and the rate at which it is forming stars, and a more accurate measurement of the number of new stars being formed in the young Universe.

The remarkable dataset has enabled a wide range of additional scientific studies, ranging from the nature of the spectacular jets of radio emission produced by massive black holes, to that arising from collisions of huge clusters of galaxies. It has also thrown up unexpected results. For example, by comparing the repeated observations, the researchers searched for objects that change in radio brightness. This resulted in the detection of the red dwarf star CR Draconis that shows bursts of radio emission that strongly resemble those from Jupiter, and may be driven by the interaction of the star with a previously unknown planet, or because the star is rotating extremely quickly.

LOFAR does not directly produce maps of the sky; instead the signals from more than 70,000 antennas must be combined. To produce these deep pictures, more than 4 petabytes of raw data - equivalent to about a million DVDs – were taken and processed. The processing of this enormous amount of information and the interpretation of the obtained images was possible thanks to the use of the latest mathematical achievements in the field of data analysis.

The International LOFAR Telescope is a trans-European network of radio antennas, with a core located in Exloo in the Netherlands. LOFAR works by combining the signals from more than 70,000 individual antenna dipoles, located in ‘antenna stations’ across the Netherlands and in partner European countries. The stations are connected by a high-speed fibre optic network, with powerful computers used to process the radio signals in order to simulate a trans-European radio antenna that stretches over 1300 kilometres. The International LOFAR Telescope is unique, given its sensitivity, wide field-of-view, and image resolution or clarity. The LOFAR data archive is the largest astronomical data collection in the world.

LOFAR was designed, built and is presently operated by ASTRON, the Netherlands Institute for Radio Astronomy. France, Germany, Ireland, Italy, Latvia, the Netherlands, Poland, Sweden and the UK are all partner countries in the International LOFAR Telescope.

Polish LOFAR stations are managed by the POLFARO group, which includes the owners of 3 stations: University of Warmia and Mazury in Olsztyn - Bałdy station, Jagiellonian University in Kraków - Łazy station, Space Research Center of the Polish Academy of Sciences - Borówiec station; and the Poznań Supercomputing and Networking Center in Poznań. The maintenance of Polish LOFAR stations is financed by the Ministry of Education and Science. 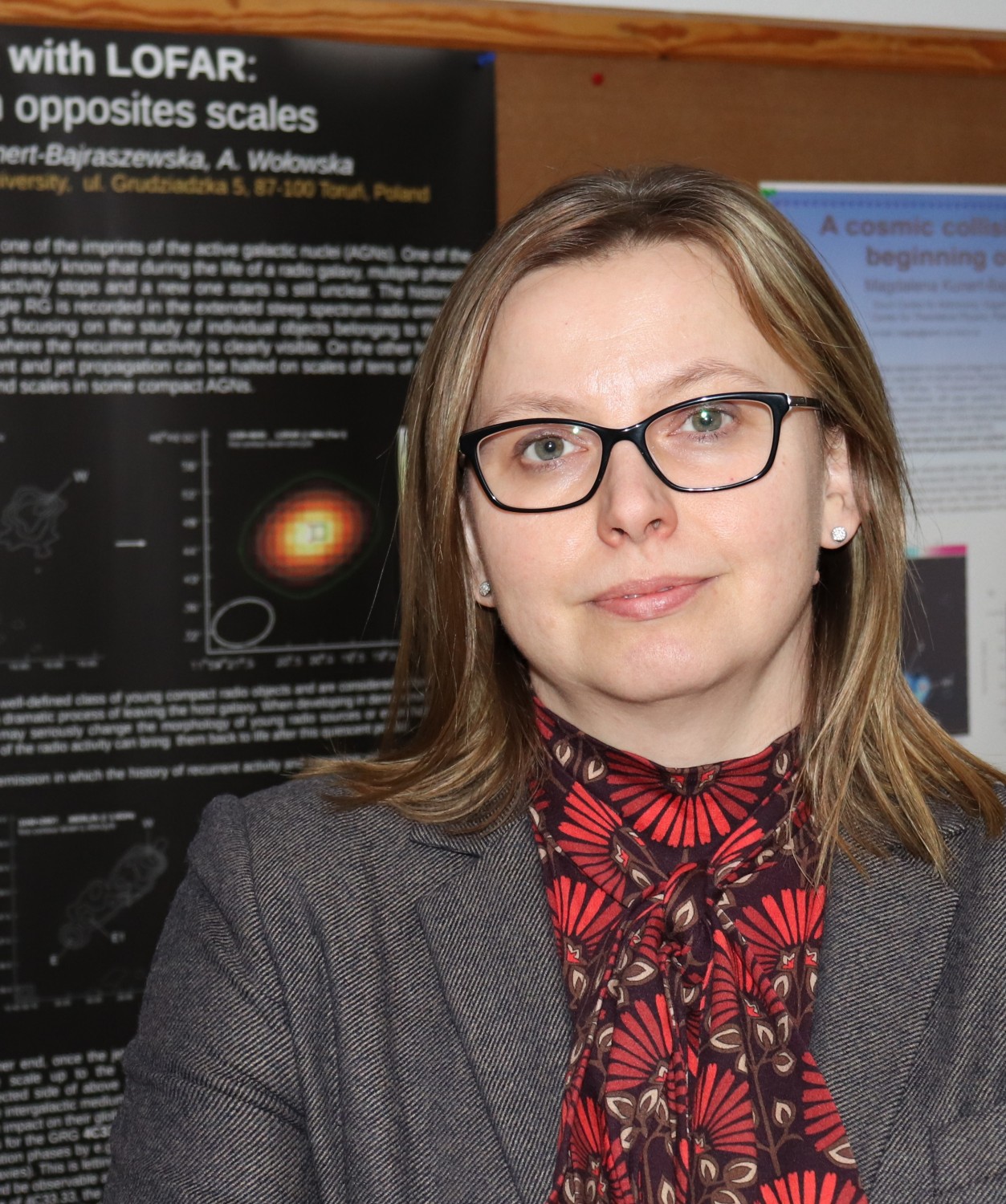 Dr hab. Magdalena Kunert-Bajraszewska, prof. UMK - is a researcher at the Institute of Astronomy at the Faculty of Physics, Astronomy and Informatics and a member of the LOFAR consortium (low frequency radio observations) and ATHENA-PL (satellite X-ray observations of the sky). Prof. Kunert-Bajraszewska is a scholarship holder of the Marie Curie Training Site Fellowship and the Scholarship for Outstanding Young Scientists. She is also a laureate of the NCU Rector's awards for scientific activity and grants from the Ministry of Science and Higher Education and the National Science Center, and currently manages the NCN SONATA BIS grant to establish her own research group. In his research work, prof. Kunert-Bajraszewska studies active galaxies, quasars and radio galaxies, with particular emphasis on the early stages of their development. Studies of these objects are carried out in a wide range of the electromagnetic spectrum and in a very different resolution scale, e.g. using the methods of large-baseline interferometry VLBI. Prof. Kunert-Bajraszewska is a co-author of over 40 scientific publications in international, prestigious astronomy journals. From 2019, prof. Kunert-Bajraszewska is a member of the Scientific Council of the University Center of Excellence "Astrophysics and Astrochemistry". 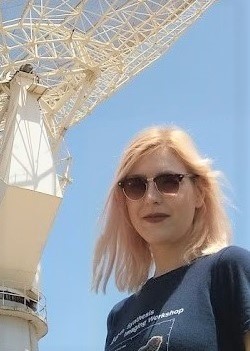 Mgr Aleksandra Wołowska - PhD student at the Institute of Astronomy at the Faculty of Physics, Astronomy and Informatics. Currently, she is finishing her doctoral dissertation, written under the supervision of prof. Kunert-Bajraszewska, entitled "Multi-frequency and multi-epoch study of new transient radio AGNs". This work concerns the so-called ‘radio transients’, possibly related to a new relativistic plasma ejection, that is, the formation of a young jet near the black hole. The first publications of these discoveries have just appeared in the international Astrophysical Journal (https://www.ca.umk.pl/?id=20911).